The University of Manchester
School of Arts, Languages and Cultures

A Conference at the University of Manchester,
The John Rylands Library, Deansgate, Manchester, UK

THE BRITISH INSTITUTE OF PERSIAN STUDIES 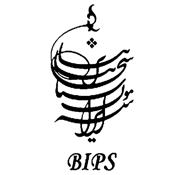 We are pleased to announce a conference on Persian and Iranian art hosted by the School of Arts, Languages and Cultures at the University of Manchester. The Department of Middle Eastern Studies has been in existence since the beginning of the last century, and Persian and other Iranian languages have long been taught here, alongside Arabic, Aramaic, Hebrew, Syriac and Turkish. In this conference we bring together scholars who are working in Persian/Iranian art and architecture.

In this Conference we seek to bring together scholars from both the historical and contemporary fields to discuss certain issues which run across their respective subjects.

This conference is supported by a research grant from the British Institute of Persian Studies and the Iran Heritage Foundation.

The School of Arts, Languages and Cultures at the University of Manchester invites 250 word proposals for individual papers of 20 minutes on topics related to themes in the list below.

1. Traditionalist discourse
One theme of this Conference is to consider the so-called ‘Traditionalist’ discourse which occupied all academic study of art in Iran after the Islamic Revolution. Such a ‘Traditionalist’ mode of interpreting culture, with its anti-modern essentialism and particular reading of history, sufficed as the desired conceptual apparatus for the newly-revolutionised Iran to build a new identity. However, traditionalism is not a water-tight and clearly-defined concept and contains variations from extreme right to far left approaches. This is one of the ‘shadows’ of the title of the Conference.

2. Romanticism
From historical and modern perspectives, another shadow looms, which is that of romanticism. Different intellectual tendencies, such as, among other things, nationalism, nostalgia, ‘Golden Age’ constructions of the history of art, and the necessity to come to terms with the perceived decadence of the past, have resulted in the construction of a ‘Classical Persian’ art and a ‘modern Iranian’ art. Romanticisation of the people, history, and the land of Iran (‘Persia’ to the ‘West’), was a common trend in art historical writing by Western scholars, and then by Iranian writers and artists themselves. How do romanticist trends contribute to historical and modern/ contemporary ‘Persian’ and ‘Iranian’ self-perception through art?

3. Imitation and Xenophobia
‘Neither East nor West’, as the main slogan of the Islamic Republic, was not a completely strange and novel definition for Iran. Iran had always been a contradictory site of both welcome and also fear of foreigners and foreign powers. Art, too, is in a love-hate relationship with the West, also based on the ingrained attitudes of, respectively, welcoming influence, imitation, and borrowing, alongside suspicion and xenophobia of the foreigner.

4. Contradictory Historiographies
The Conference seeks to map the diverse historiographies of Iranian art inside Iran and abroad with regard to their socio-political context: it is hoped that papers that take up this theme will discuss innovative ways which highlight the role of art historical narratives in different educational, social-psychological and political levels in modern Iran.

5. In addition…
We invite proposals on any topic related to art historiography in Iran, regardless of its exact fit with the theme. Our aim is to encourage dialogue between scholars working on the art history of Iran from all disciplines.

The iconic and historic John Rylands Library, Deansgate in central Manchester will be the location for this two-day conference. There will be an opportunity to view some examples of the John Rylands Collection of a thousand Persian manuscripts.

Scholars from Iran and elsewhere are being invited to attend the conference.

For further information contact the main convener of the Conference, Dr Aida Foroutan at aida.foroutan@manchester.ac.uk.

Reminder: The deadline for submissions is Wednesday 28 February 2018